Cable News Military Experts Are on the Defense Industry Dole 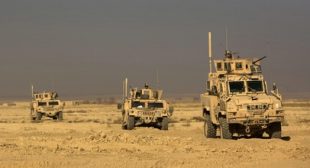 JACK KEANE HAS had a busy week.

The retired four-star general has been making the cable news rounds, offering scathing criticism of the White House in wake of the Taliban takeover in Afghanistan. On Wednesday, he appeared on Fox News, where he told host Harris Faulkner that the administration “made a terrible mistake in pulling our troops out and giving the Taliban the opportunity to take the country over.”

On another Fox News program earlier in the week, Keane attacked President Joe Biden’s withdrawal plan as “embarrassing” and “ill-conceived,” suggesting that the administration should have delayed until “sometime next year.”