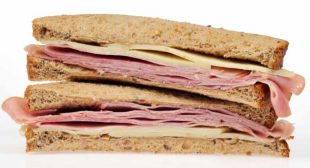 Dutch TV news has aired footage of customs officers confiscating ham sandwiches from drivers arriving by ferry from the UK under post-Brexit rules banning personal imports of meat and dairy products into the EU.

Officials wearing high-visibility jackets are shown explaining to startled car and lorry drivers at the Hook of Holland ferry terminal that since Brexit, “you are no longer allowed to bring certain foods to Europe, like meat, fruit, vegetables, fish, that kind of stuff.”

To a bemused driver with several sandwiches wrapped in tin foil who asked if he could maybe surrender the meat and keep just the bread, one customs officer replied: “No, everything will be confiscated. Welcome to Brexit, sir, I’m sorry.”