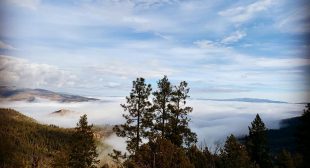 The first ever stratospheric test of geoengineering technology, funded by Bill Gates, has been suspended under pressure from the indigenous people over whose heads it would take place, the Saami of northern Scandinavia. It may be moved back to the United States. At the recommendation of the project’s Advisory Committee, the scheduled June test has been called off. That became public March 31.