Slamming China Won’t Save Fossil Capitalism From Itself – CounterPunch.org 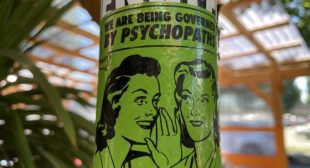 The planet is burning and the arsonists are in charge, as one environmentalist once observed. So in late June and early July, with extreme heat afflicting a quarter of the globe, it became clear that the time had come for the Biden government, and indeed every government, to end the burning of oil, gas and coal. Personally, I favor nationalizing the fossil fuel industry, that is, the wealth of the arsonists. Howsoever we phase it out, this termination needs to happen NOW. Or we as a species will likely not survive. What will come after homo sapiens? No doubt beings adapted to extreme heat, unlike us, with our lineage naturally selected during an ice age.