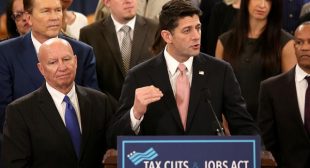 House Speaker Paul Ryan (R-Wis.) on Wednesday said House Republicans will aim to cut spending on Medicare, Medicaid and welfare programs next year as a way to trim the federal deficit.

“We’re going to have to get back next year at entitlement reform, which is how you tackle the debt and the deficit,” Ryan said during an interview on Ross Kaminsky’s talk radio show.