The US Military Is the Biggest Entitlement Program on the Planet 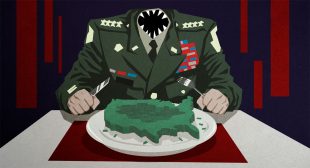 The US economy is caught in a trap. That trap is the Department of Defense: an increasingly sticky wicket that relies on an annual, trillion-dollar redistribution of government-collected wealth. In fact, it’s the biggest “big government” program on the planet, easily beating out China’s People’s Liberation Army in both size and cost. It is not only the “nation’s largest employer,” with 2.867 million people currently on the payroll, but it also provides government benefits to 2 million retirees and their family members. And it actively picks private sector winners by targeting billions of dollars to an elite group of profit-seeking contractors.