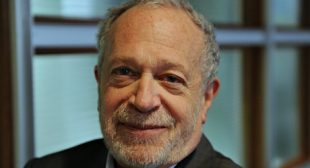 Robert Reich’s verdict on the prospect of yet more austerity is unequivocal. “The austerity narrative is nonsense – and its dangerous nonsense. It’s sort of the Vietnamisation of the economy – [that] you’re saving the economy by killing it.”

The political economist who has served in three US administrations, most recently as labour secretary under former president Bill Clinton, is a longstanding vocal opponent of the kind of neo-liberal economics that have influenced policy in the US and the UK since the early 1980s and fostered soaring levels of inequality and entrenched poverty. He dismisses as “nonsense” the notion that if the rich get richer wealth will “trickle down” to the wider population.