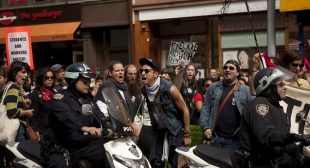 Suddenly, or so it seems, inequality has surged into public consciousness – and neither the 1 percent nor its reliable defenders seem to know how to cope.

Some of the reactions are crazy – “it’s Kristallnacht,” “they’re coming to kill us” – and the craziness is quite widespread.

Notice how many billionaires, plus of course The Wall Street Journal, rallied around the venture capitalist Tom Perkins (who compared public criticism of the 1 percent to Nazi attacks on Jews in a letter to the editor of The Journal in January).

But even the saner-sounding voices evidently have a hard time wrapping their minds around the notion that anyone might find 21st-century finance capitalism a bit, well, unfair.