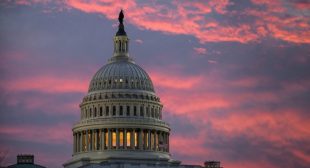 The vultures have started circling. In a sane world, legislation that adds $1.5 trillion to America’s debt (already over $20 trillion and rising by the second) would not be celebrated as “just what the country needs to get growing again.” Yet here we are.

The new U.S. tax plan is a scam—a corporate coup—that benefits a few rich and powerful Americans who make the most and want to pay the least. They are the owners of our country, the plutocrats and oligarchs that run this nation and tell politicians what to do, such as increase the military budget from $793.7 billion in 2017 to $824.6 billion in 2018. We, the 99 percent, are not in the club. Anyone who wants a fair and just society becomes an enemy of the state.

The story of income inequality in the United States is as old as the republic itself. But the latest tax-cut measure takes capitalist greed to a new level of inhumanity. The bill has the potential to destroy life for millions of working families, women, children, the sick, old and poor. That sound of doomsday you hear in the distance is not “ka-boom.” It’s “ka-ching.”