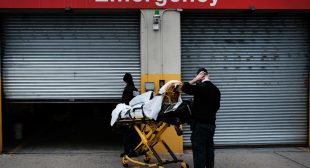 A new study released Wednesday morning shows that nearly 50 million Americans would be unable to afford quality healthcare should the need for treatment suddenly arise, a finding seen as further evidence of the immorality of a for-profit insurance system that grants or denies coverage based on a person’s ability to pay.

“People can’t afford their goddamn healthcare,” Tim Faust, a proponent of single-payer healthcare, tweeted in response to the new report. “Families spend less on food so they can make insurance payments. This problem is felt by all, but concentrated among poor people and black people. The American model of health reform — throwing money at private insurers — can not solve it.”