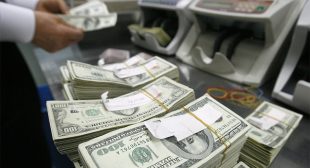 The US government may have misspent $21 trillion, a professor at Michigan State University has found. Papers supporting the study briefly went missing just as an audit was announced.

Two departments of the US federal government may have spent as much as $21 trillion on things they can’t account for between 1998 and 2015. At least that’s what Mark Skidmore, a Professor of Economics at MSU specializing in public finance, and his team have found.

They came up with the figure after digging the websites of departments of Defense (DoD) and Housing and Urban Development (HUD) as well as repots of the Office of the Inspector General (OIG) over summer.