The heir, the judge and the homeless mom: America’s prison bias for the 1% 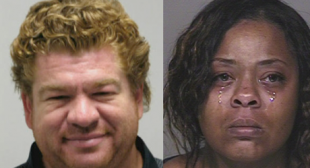 In 2009, when Robert H Richard IV, an unemployed heir to the DuPont family fortune, pled guilty to fourth-degree rape of his three-year-old daughter, a judge spared him a justifiable sentence – indeed, only put Richard on probation – because she figured this 1-percenter would “not fare well” in a prison setting.

Details of the case were kept quiet until just the other day, as Richard’s ex-wife filed a new lawsuit accusing him of also sexually abusing their son. Since then, the original verdict has been fueling some angry speculation – shock, horror – that the defendant’s wealth and status may have played a role in his lenient sentencing.