We can’t ignore the media bias against Jeremy Corbyn anymore 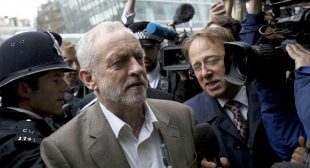 In many democracies across the world new political leaders get a so-called honeymoon period. As our analysis of the journalistic representation of Jeremy Corbyn’s first two months as party leader in eight national newspapers demonstrates, this did not apply to Corbyn.

Our rigorous and statistically representative analysis concluded that when it comes to the coverage of Corbyn in his role as leader of the opposition, the majority of the press did not act as a critical watchdog of the powers that be, but rather more often as an antagonistic attackdog.