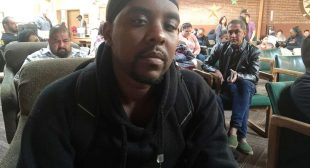 LOS ANGELES – Yirtuamlak Hailu Derege came to California a decade ago with dreams of making it big in the entertainment business. But shortly after arriving, he was arrested and convicted of selling marijuana, a felony that has made it difficult for him to find any job at all. But now, with California on the verge of legal recreational marijuana sales starting Jan. 1, Derege and hundreds of thousands of others could have their drug convictions wiped away, thanks to a lesser-known provision in the new state marijuana law.