Why Aren’t We Putting US Agencies on Trial for Financing El Chapo’s Drug War? 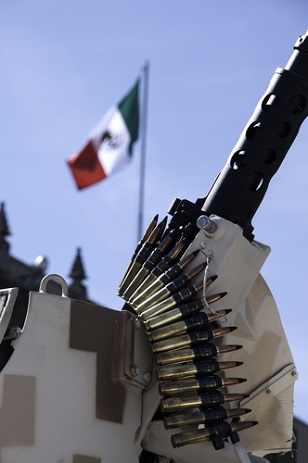 From Capone to Mexico’s captured cocaine king, the villains we love to hate obscure the truth about America’s secret support.

American patronage goes well beyond stoking the largest and most powerful of the Mexican cartels (Sinaloa), as well as the most heinous (Golfo and Los Zetas). The US also openly armed and financed even bigger players in this game – Mexico’s state and security forces. Just as the US-El Chapo relationship was at its closest, the Bush administration signed into law the Merida Initiative, a huge militarization package to Mexico under the “war on drugs” Between 2008 and 2012, President Obama increased security aid under the plan – for helicopters, armored vehicles, surveillance equipment and police training programs – totalling $1.9bn.