UK intelligence agencies are being sued for spying on Amnesty International 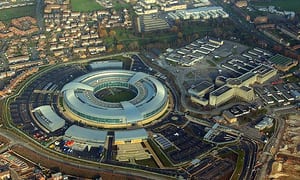 One of the claims, brought by an alliance of 10 human rights organisations, has been considered by the investigatory powers tribunal (IPT) in London, which takes some of its evidence in secret.

Guardian Today: the headlines, the analysis, the debate – sent direct to you
Read more
The tribunal has already ruled that in the past the UK surveillance regime was unlawful because it breached the right to privacy under article 8 of the European convention on human rights – but that it was now compliant.

The tribunal also found that GCHQ, the government’s eavesdropping agency, spied on Amnesty International and the South African non-profit Legal Resources Centre by retaining and illegally examining their data.