USAID Subversion in Latin America Not Limited to Cuba 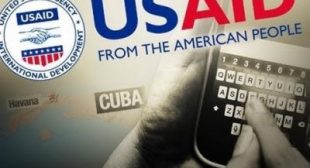 A new investigation by the Associated Press into a U.S. Agency for International Development (USAID) project to create a Twitter-style social media network in Cuba has received a lot of attention this week, with the news trending on the actual Twitter for much of the day yesterday when the story broke, and eliciting comment from various members of Congress and other policy makers. The “ZunZuneo” project, which AP reports was “aimed at undermining Cuba’s communist government,” was overseen by USAID’s Office of Transition Initiatives (OTI). AP describes OTI as “a division that was created after the fall of the Soviet Union to promote U.S. interests in quickly changing political environments — without the usual red tape.” Its efforts to undermine the Cuban government are not unusual, however, considering the organization’s track record in other countries in the region.