US Concern for Cuba, Latin America is Spin for Intervention 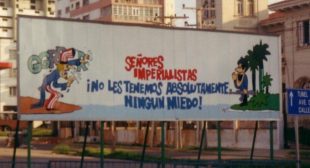 The US government says it is going to help Central America fight corruption, will combat the “root causes” of migration in Mexico and Central America, and it wants to help the Cuban people with freedom too. But the US’s domestic and foreign track record demonstrates that it isn’t qualified to teach anyone about democracy, combating poverty, ending corruption, or anything related to human rights. Instead, it’s recent discourse regarding Latin American countries is aimed at dressing itself, the bully, as the savior.