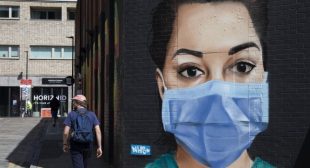 The rate of daily infections is the highest it has been since mid-January, with 55,000 new cases recorded on Thursday July 15, which is the most recent full day available. Thanks to the fact nearly 70 per cent of UK adults have received two shots of a vaccine, deaths remain low, with only 26 recorded on the same day.

Hospitalisations are rapidly increasing, however, with 740 people admitted on 13 July, compared with 223 on the same day in June. Last week, 1,200 scientists warned that England’s unlocking was an “unethical experiment” because overreliance on vaccines for protection could increase the likelihood of vaccine-resistant variants of Covid-19 developing.