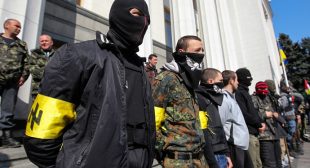 Proyect cites Jeff Coplon’s 1988 Village Voice article “In Search of a Soviet Holocaust: A 55-Year-Old Famine Feeds the Right.” In it Coplon shows that the leading “mainstream” anticommunist Western experts on Soviet history rejected any notion of a deliberate famine aimed at Ukrainians. They still reject it. Proyect fails to mention this fact.

There was a very serious famine in the USSR, including (but not limited to) the Ukrainian SSR, in 1932-33. But there has never been any evidence of a “Holodomor” or “deliberate famine,” and there is none today.