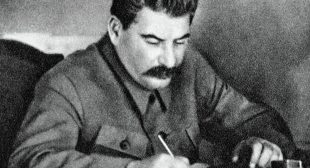 Official Soviet Ukrainian primary sources show that the 1928-29 famine, caused by natural disaster, mainly drought, was very serious, and Ukraine received more aid from the Soviet government, than the Kremlin sent to other parts of the USSR. This obviously disproves the false theory of the Ukrainian nationalists’ “malicious” conspiracy against Ukrainian peasants in the Soviet Union, noted Grover Furr in his book “Blood Lies: The Evidence that Every Accusation Against Joseph Stalin and the Soviet Union in Timothy Snyder’s Bloodlands Is False.”