Syria Does Not Fear War With Israel: The Rules Of Engagement Have Changed 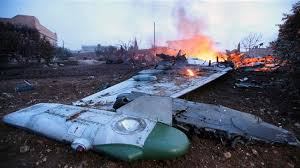 Damascus air defence downed its first Israeli jet (F-16) ever, at a stroke changing the rules of engagement (ROE) with Israel and sending a clear message that it is ready for war and will no longer be silent on violations of its airspace. This clash has triggered the mobilisation of the Syrian army and its allies in Syria and in Lebanon, the Lebanese Hezbollah. The speed of the Syrian reaction was due to a prior decision taken at highest level among all allies operating on Syrian territory. These consider a possible confrontation may be inevitable if Israel has decided to respond and declare war. The violation of Syrian sovereignty is no longer an option open to Israel and the Israeli jets will no longer be able to carry out their usual promenades over the Levant without consequences.

Moreover, it is also clear that Russia – despite all that is said in the media – is aware of the Syrian decision to confront Israel. Moscow is supplying Syria with anti-aircraft missiles, its forces dominates the air space over the Syrian Army’s controlled territory, and has the radar capability to see and monitor any Israeli aircraft flying over Israel, Lebanon and Syria. Russia is also informed when the Syrian army repeatedly fires missiles and confronts the Israeli air force in the sky over Syria or in the border areas.