Setting the Stage for War With Pakistan 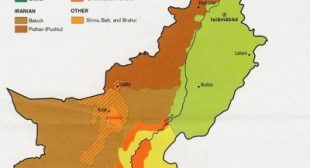 Attempts to paint Pakistan as a dangerous enemy of the West and a prime candidate for military intervention has been made once again by those in the Western media. ABC News, in an article titled, “‘Double dealing’: How Pakistan hid Osama Bin Laden from the U.S. and fueled the war in Afghanistan,” claims that:

What if the United States has been waging the wrong war against the wrong enemy for the last 13 years in Afghanistan?