Ron Paul on Crimea: None of America’s business 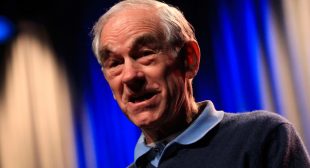 Ron Paul is once again speaking up about the situation in Crimea, and this time the former congressman is condemning critics from his own country who are seemingly obsessed with the recent secession.

The former Republican representative for Texas told RT earlier this month that he didn’t think the United States had any business meddling in overseas affairs and that worsening tensions in Ukraine should be resolved only by those directly involved. The citizens of Crimea have since approved a referendum to separate from Ukraine, but both the US and European Union responded with sanctions against certain officials from Russia and the former Ukrainian government as a result.

In an op-ed published by USA Today on Monday, Paul asked: “What’s the big deal?”

“Opponents of the Crimea vote like to point to the illegality of the referendum,” Paul wrote. “But self-determination is a centerpiece of international law.”