oom and Gloom or Economic Boom? The Myth of the “North Korean Economic Collapse” 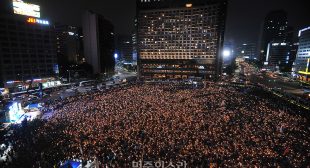 The DPRK is said to be an economist’s nightmare. There are almost no reliable statistics available, making any analysis speculative at best. The few useable figures that we have, though, fly in the face of the media’s curious insistence on a looming economic collapse.

Food production and trade volumes indicate that the DPRK has largely recovered from the economic catastrophe of the 1990s. Indeed, Pyongyang’s reported rising budget figures appear more plausible than Seoul’s pessimistic politicized estimates. Obviously, sanctions, while damaging, have failed to nail the country down. There are signs that it is now beginning to open up and prepare to exploit its substantial mineral wealth. Could we soon be witnessing the rise of Asia’s next economic tiger?