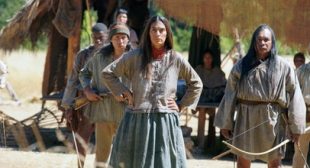 “Exterminate All the Brutes” is a sprawling disquisition — four episodes, each an hour long — into the invention and consequences of 500 years of “white” supremacy, presented via a high-gloss pastiche of old footage, newly filmed dramatizations, and clips from Hollywood movies. “White” needs scare quotes because the film makes clear that whiteness is not something that exists in reality — like, say, the moon — that is right there whether we believe in it or not. Instead, it’s something imaginary that we’ve somehow all agreed on, like pieces of paper having value.