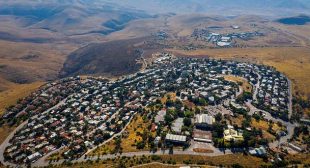 Americans who made aliyah to Israel were far more likely than immigrants from any other country to move to West Bank settlements last year, according to recent data from Israel’s Central Bureau of Statistics.

The figures show 191 Americans out of 2,296 who made aliyah last year moved to settlements located over the so-called Green Line.