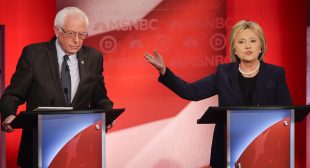 The “most” qualified Hillary Clinton, complete with FBI criminal investigations and abysmal favorability numbers would eventually lose to a reality show star. Republicans now own Congress and the White House, all because Democrats and liberal media pushed with all their might for a losing candidate. Clinton was never positioned to defeat Trump, and I spent over one year warning the world in The Hill, Salon, and The Huffington Post.

These warnings were not only met with hostility, but any attempt at awakening the legions of Hillary supporters resulted in bullying, verbal harassment, and other vapid attempts at intimidation. Correct the Record didn’t spend $1 million for nothing.

So, enjoy President Trump, because Democrats worked hard to get him into the White House.