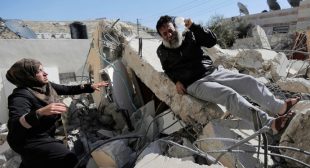 The UN Special Rapporteur on occupied Palestine accused Israeli authorities of conducting colonialist policies that constitute forms of apartheid and ethnic cleansing in the occupied territories in the West Bank and East Jerusalem.

Speaking at a news conference at the UN European headquarters in Geneva on Friday, the UN Special Rapporteur on occupied Palestine, Richard Falk, accused Israel of pushing Palestinians out of East Jerusalem and creating unbearable conditions for the minority to force them to immigrate.