Break the Silence: A World War Is Beckoning 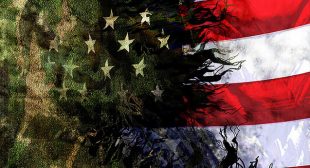 Every year the American historian William Blum publishes his “updated summary of the record of US foreign policy,” which shows that since 1945 the US has tried to overthrow more than 50 governments, many democratically elected; grossly interfered in elections in 30 countries; bombed the civilian populations of 30 countries; used chemical and biological weapons, and attempted to assassinate foreign leaders.