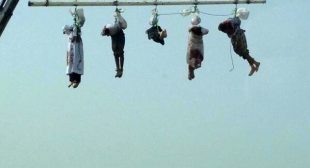 At the most recent session of the U.N. Human Rights Council, Saudi Arabia objected to a resolution that condemns the use of torture by law enforcement and reaffirms the human rights of LGBT people.

The resolution, passed during the council’s 31st session, which closed on March 24, condemns the use of torture “and other cruel, inhuman or degrading treatment or punishment,” and urges nations to prevent torture by police or during pre-trial detention.

While the report is primarily focused on police and governmental use of torture, it briefly references the latest report by Juan Mendez, the special rapporteur on torture and other cruel, inhuman or degrading treatment or punishment, which was issued during the session.

According to a U.N. press release, Saudi Arabia protested because Mendez’s report “included 65 references to sexual orientation and was an attempt to use the eradication of torture to promote other issues, which lacked any ground in international law.”

In essence, the Gulf kingdom, claiming to be speaking “on behalf of a number of countries,” was concerned that objecting to police torture might also require its own government to advocate for the human rights of LGBT people.