Around 20,000 Residents Returned to Syria’s Homs After Militants Left 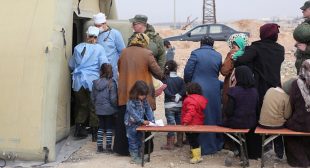 Talal Barazi, the governor of both the city and province of Homs, said in an interview to Sputnik that around 20,000 people, or 500 families, returned home in 2016-2017 to Homs and its neighborhoods.

He explained that the Syrian civilians were coming back because the military forces were withdrawing from Syria and the reconciliation agreement was in place.

Meanwhile, an increasing number of refugees is expected to return in 2018 after the restoration of local infrastructure, water and electricity supply with a new school year also beginning, the governor continued.