Earth is surrounded by a bubble of bacteria at 33,000 Feet 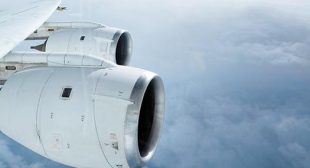 Earth’s upper atmosphere—below freezing, nearly without oxygen, flooded by UV radiation—is no place to live. But last winter, scientists from the Georgia Institute of Technology discovered that billions of bacteria actually thrive up there. Expecting only a smattering of microorganisms, the researchers flew six miles above Earth’s surface in a NASA jet plane. There, they pumped outside air through a filter to collect particles. Back on the ground, they tallied the organisms, and the count was staggering: 20 percent of what they had assumed to be just dust or other particles was alive. Earth, it seems, is surrounded by a bubble of bacteria.