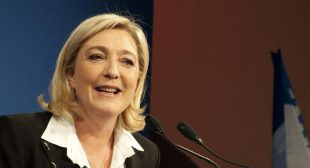 It is increasingly clear that much resistance to vaccination in the United States is driven by partisanship. Fox News has spent months comparing vaccination efforts to apartheid and forced sterilization. Conservative politicians have been vaccinated in private, if at all. GOP voters have declared that their opposition to vaccination is driven by opposition to liberals. Meanwhile, across the Atlantic, hundreds of thousands have participated in anti-vaccination protests throughout Europe. Many far-right politicians in Europe have aligned themselves with these movements. In France, the far-right leader Marine Le Pen has called mandatory vaccination for health workers an “indecent brutality,” while her Italian counterpart, Giorgia Meloni, has described vaccination passports as “totalitarian.”