When in doubt, nuke China 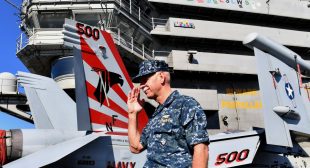 Te current collapse of the unipolar world, with the inexorable emergence of a multipolar framework, has enabled a terrifying subplot to run amok – the normalization of the idea of nuclear war.

The latest exhibit comes in the form of a US admiral assuring everyone he’s ready to follow President Trump’s orders to launch a nuclear missile against China.

Forget about the fact that a 21st century nuclear war involving great powers will be The Last War. Our admiral – admirably named Swift – is simply preoccupied by democratic minutiae, as in “every member of the US military has sworn an oath to defend the constitution of the United States against all enemies foreign and domestic and to obey the officers and the president of the United States as commander and chief appointed over us.”