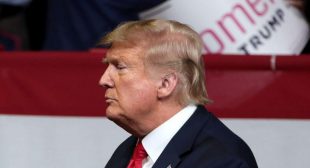 Gesturing at some of his supporters already gathered and shouting outside the White House, Trump asked, “Well, what if these people say you do?
When Pence demurred again, Trump mused, “wouldn’t it almost be cool to have that power?”

As Rauchway points out, “the president was willing to find authority in the mob if he lacked it in the law.” It’s entirely possible that if the mob had succeeded in finding House Speaker Nancy Pelosi or the vice president or had been able to corner some of those elected officials in the Capitol that day, Trump would have gone along with it.