The CIA: 70 Years of Organized Crime 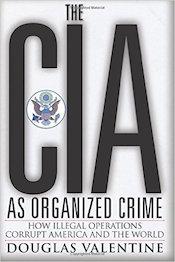 Everything the CIA does is deniable. It’s part of its Congressional mandate. Congress doesn’t want to be held accountable for the criminal things the CIA does. The only time something the CIA does become public knowledge ‘other than the rare accident or whistleblower’ is when Congress or the President think it’s helpful for psychological warfare reasons to let the American people know the CIA is doing it. Torture is a good example. After 9/11, and up until and through the invasion of Iraq, the American people wanted revenge. They wanted to see Muslim blood flowing, so the Bush administration let it leak that they were torturing evil doers. They played it cute and called it ‘enhanced interrogation’ but everyone understood symbolically.