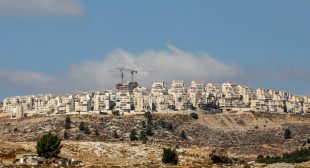 Norway’s largest pension fund announced it has divested assets in 16 companies for their links to Israeli settlements in the occupied West Bank, including telecom equipment giant Motorola.

“In KLP’s assessment, there is an unacceptable risk that the excluded companies are contributing to the abuse of human rights in situations of war and conflict through their links with the Israeli settlements in the occupied West Bank,” KLP, which manages some $95bn worth of assets, said in a statement on Monday.