‘He was a quiet and normal kid’: The infantilization of young, white, male domestic terrorists 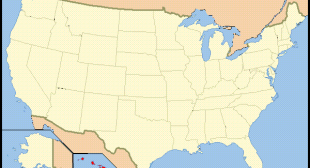 Over the past three weeks, Austin, Texas, has been rocked by a series of mysterious package bombs that killed two people and injured five more. We know now that the police suspect that the bomber was Mark Anthony Conditt, a 23-year-old Austin Community College dropout. Conditt blew himself up on Wednesday as police were closing in on him. And with predictable certainty, the media launched into a series of mind-numbing, willfully ignorant reports in which they obsessively search for answers—imploring us to understand what would make such a nice, normal white boy do such a terrible thing.

Quiet. Normal. Nerdy. From a tight-knit, godly family. Polite. Unremarkable. No criminal record. Challenged. These are some of the adjectives used to describe Conditt by major newspapers across the United States. All of these articles paint him in the same way: a quiet kid that no one could imagine would commit such an atrocity.