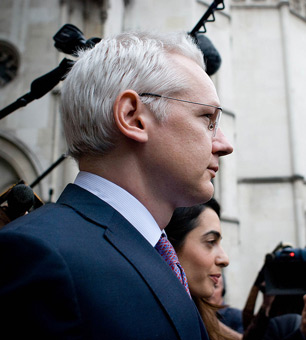 Ecuador said on Thursday that it had decided to grant political asylum to Julian Assange, the founder of WikiLeaks. Seeking asylum, Mr. Assange has been holed up for two months in the Ecuadorean embassy in London, where the police scuffled with and arrested some of his supporters on Thursday.

The announcement was made by the Ecuadorean foreign minister, Ricardo P