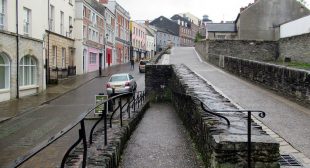 The political situation in NI remains febrile, despite a pause in the rioting. Arlene Foster, the Democratic Unionist party (DUP) leader and Northern Ireland’s first minister, resigned after 6 turbulent years in that position. Foster would probably have been forced out if she had not resigned. She also resigned from her membership of the Stormont Assembly, and said she was leaving the DUP.