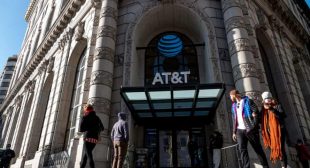 The moves come despite the company’s keen support for a major corporate tax cut under Donald Trump, which it claimed would spur it to create jobs – not cut them.

AT&T is also closing dozens of retail stores this spring around the US, including three stores in the Minneapolis-St Paul, Minnesota, area where workers and their union, the Communications Workers of America Local 7250, are pushing back against the cuts.

“It’s a move that will erase living wage jobs replaced by non-union, substandard jobs in terms of wages, benefits and safety,” said the CWA Local 7250 president, Kieran Knutson. “It’s an attack on this group of workers, the communities that they’re in and on our union.”