A pedophile’s best friend is a Trump Republican 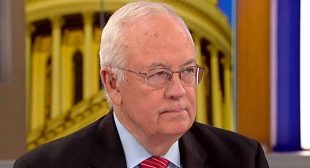 Of all the lurid nonsense circulating among conspiracy-addled Republicans, none of their theories is viler than the libel of child sexual abuse that began under the rubric of “Pizzagate” and became the basis of the cult ideology of QAnon. So successful was the smear campaign begun by followers of Donald Trump that millions of deranged people now believe those gothic horror tales targeting the likes of Hillary Clinton, Chrissy Teigen, and Tom Hanks, with the connivance of Republican politicians in search of Jewish space lasers.

Then there’s real life, in which actual, detestable pedophiles and other sex offenders can depend on their reliable defender Kenneth W. Starr to shield them from the punishment they deserve. Yes, it’s that Ken Starr, the Savanarola of sexual propriety, who is the pedophiles’ best friend.