20 Years After 9/11, Republicans Are the Greatest Threat to the United States 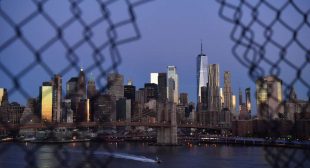 Twenty years later, and all I can say is, “I had no idea it would be like this.” By “this,” I mean members of the very same Republican Party that pounced on 9/11 to wrap itself in the flag while attacking the Taliban and then Iraq has transmogrified into a pack of neo-Confederate would-be warriors, some of whom see the Taliban’s resurgence in Afghanistan as a model for future endeavors. The GOP was bad enough back then — remember John Ashcroft shrouding the stone breasts of a statue so as not to be tempted, or something? — but this new breed is thoroughly around the bend.