Yes, Google Uses Its Power to Quash Ideas It Doesn’t Like - I Know Because It Happened to Me 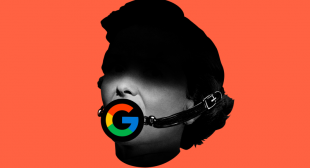 The story in the New York Times this week was unsettling: The New America Foundation, a major think tank, was getting rid of one of its teams of scholars, the Open Markets group. New America had warned its leader Barry Lynn that he was âimperiling the institution,â the Times reported, after he and his group had repeatedly criticized Google, a major funder of the think tank, for its market dominance.