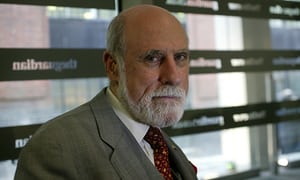 More than 20 internet pioneers and leaders including the “father of the internet”, Vint Cerf; the inventor of the world wide web, Tim Berners-Lee; and the Apple co-founder Steve Wozniak have urged the FCC to cancel its vote to repeal net neutrality, describing the plan as “based on a flawed and factually inaccurate” understanding of how the internet works.

“The FCC’s rushed and technically incorrect proposed order to repeal net neutrality protections without any replacement is an imminent threat to the internet we worked so hard to create. It should be stopped,” said the technology luminaries in an open letter to lawmakers with oversight of the Federal Communications Commission on Monday.