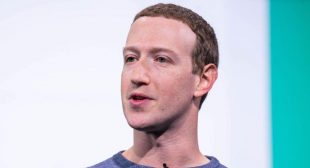 The Wall Street Journal has published detailed exposés quoting Facebook’s internal documents and Frances Haugen, who has also appeared on CBS’ “60 Minutes” and in congressional hearings. “The thing I saw at Facebook over and over again was there were conflicts of interest between what was good for the public and what was good for Facebook,” Haugen told CBS correspondent Scott Pelley on “60 Minutes.” “And Facebook, over and over again, chose to optimize for its own interests, like making more money.”