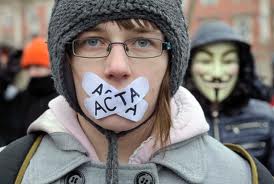 ACTA is aiming high, but its loose wording would make internet service providers an unintended police force of the web, David Martin, the MEP rapporteur on the controversial agreement told RT in an exclusive interview.

The trade agreement needs the consent of the European Parliament to come into force. A vote on it is due this summer, but David Martin who is respo