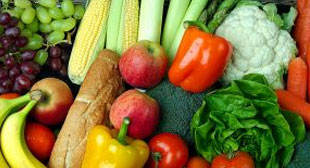 The United Nations Intergovernmental Panel on Climate Change has issued its most dire warning yet about how greenhouse gases have driven up global temperatures and extreme weather, while threatening sources of food and water. “Throughout the 21st century, climate-change impacts are projected to slow down economic growth, make poverty reduction more difficult, further erode food security, and prolong existing and create new poverty traps, the latter particularly in urban areas and emerging hot spots of hunger,” the report says. We are joined by two climate scientists who helped write the IPCC’s report: Princeton University Professor Michael Oppenheimer and Saleemul Huq, a climate scientist at the International Institute for Environment and Development in London. We are also joined by Tim Gore, head of policy for Food and Climate Justice at Oxfam. “[Fossil fuel companies] are the drug suppliers to the rest of the world, who are junkies and hooked on fossil fuels,” Huq says. “But we don’t have to remain hooked on fossil fuels. Indeed, we are going to have to cut ourselves off from them.”