NASA-funded study: The way to save Western civilization from collapse is communism 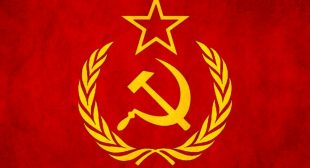 If the United States wants to avoid falling like the Roman Empire, it must avoid “overconsumption” and distribute resources equally, according to a study funded by NASA.

“The fall of the Roman Empire, and the equally (if not more) advanced Han, Mauryan, and Gupta Empires, as well as so many advanced Mesopotamian Empires, are all testimony to the fact that advanced, sophisticated, complex, and creative civilizations can be both fragile and impermanent,” reads the NASA-funded report published in the Ecological Economics journal.

“Two important features seem to appear across societies that have collapsed,” the study adds. “The stretching of resources due to the strain placed on the ecological carrying capacity and the economic stratification of society into Elites and Masses.”